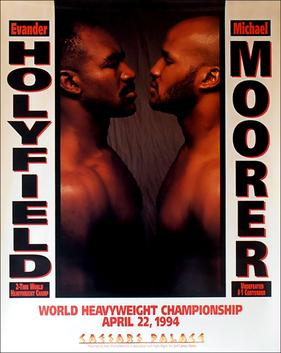 Childhood Heroes: “Matthew Saad Muhammad. He was always behind in his fights and he was always victorious. I used to train with him in the beginning. A very great, nice man. Low-key. Marvin Hagler. Salvador Sanchez. He was a fighter who was like a Chavez, a complete fighter and a hard puncher too. Alexis Arguello.”

Hobbies/Interests: “Shooting guns at targets. I don’t hunt, why waste innocent animals? Hangin’ out with my son.”

Favorite Movies: “I watch movies. If I like it, I watch it.”

Musical Tastes: “Slow, old music, some rap, classical. I like to listen to classical music when I make a long trip in a car – it relaxes me.”

Early Boxing Memory: “I used to cut my head bald when I had a full head of hair when I was 13. My friends used to call me Hagler and Marvelous.”

Pre-Fight Feeling: “It’s always nervous. It’s human nature to be nervous. (Do you look at an opponent upon entering the ring?) Yeah. (To study – or send a message?) No. I just look at him. Just like I’m looking at you right now.”

Greatest Sports Moment: “The opportunity to fight for the Heavyweight championship of the world on April 22, 1994. Beating Evander Holyfield. Just to hear…’the new Heavyweight champion of the world…’ That meant a lot to me. (How did you celebrate?) I celebrated by going to the hospital after. I celebrated by eating some pizza and laying on the bed [laughs]. Had a big knot on my right arm. Have no idea how it happened.”

Most Painful Moment: “Never gave it a thought…of course, we can all answer that one. When I got knocked out by George Foreman (November 1994).”

Toughest Opponents: “All of them.”

Hardest Punchers Encountered: “All of them.”

People Qualities Most Admired: “Everybody for different reasons. I want everyone to respect me. I respect everybody.”

It’s unrealistic, many educators say, that the law requires such students to take the same state academic tests as children who have been speaking english all their lives
2016-06-04
Dario Matias
Share

Boxing Should Hire Ex-Boxers To be Judges