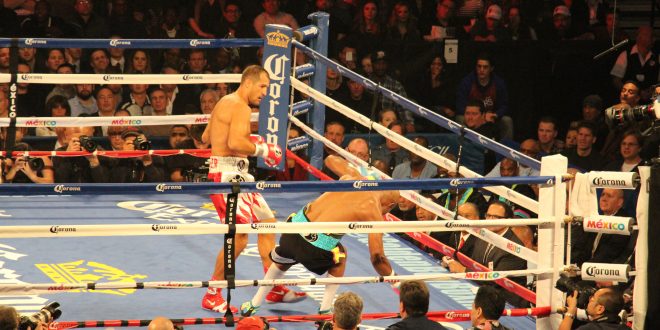 One of boxing’s most important journalists passed recently. Malcolm “Flash” Gordon, approximately 66, a literal recluse the past 30 years, is gone. No surviving relatives are known. No former friends had seen him in years, despite his occupying the same Queens apartment for more than 40 years, until his death. From 1968 to 1986, “Flash” published, edited, and was the primary writer for “Tonight’s Boxing Program,” a weekly newsletter that contained more insight, humor, gossip and innuendo in one issue than any boxing publication of the same time could produce in one year. Flash was a guerrilla warrior, selling his issues outside events in New York and Philadelphia and neither giving nor receiving any favors (gifts, meals, etc. ) from anyone in the business. Flash broke two major stories – the fixed ABC TV United States championships tournament promoted by Don King in 1977 (which garnered him little credit and no money); Flash also was the sole shrill voice stating SOMETHING was wrong with Harold Smith’s MAPS promotions, that they were losing millions of dollars a month. Writers with much better resources somehow ignored the obvious, content to attend shows which turned out to be financed with embezzled millions from Wells Fargo (21. 5 million, the largest such bank theft in U. S. history). Flash lost heart in the mid 1980’s. His publication came out sporadically at the end. A promised 1986 record book never materialized. He simply disappeared. For years after, there were occasional rumors. He was spotted in the New York Public Library reading old newspapers. Don King – or one of his henchman – had done away with him (people actually considered this ridiculous notion). I never met Flash, nor spoke to him. While living in Europe in 1980, he sent me a sample copy of TBP. I subscribed immediately. It was a must-read and his work ethic and instincts were formidable. At the end, six years later, paranoia had seeped into his writing – and his mind. About twelve years ago, Jack Obermayer and I staked out Flash’s apartment. We waited in a car for about 90 minutes until I felt silly enough to go in and knock on his door. Jack called to him – we heard something – not a voice, but something made noise. Flash never answered. And in 2009, luck. I ordered a St. Louis Post-Dispatch Sunday magazine – a cover story on Leon Spinks – on Ebay for $5. The sender was Malcolm Gordon from Queens, New York. I wrote him a brief letter, stating that I was a former subscriber, that I loved the issues, etc. The new quicktype keyboard even features multi-touch gestures for moving the cursor around or selecting text. A week later, a 3-paragraph reply. Perfectly sane, thanking me for writing him, briefly explaining that he quit producing TBP because boxing had devolved as a business and that the competition was getting worse (the IBF was fairly new, producing a then-ridiculous three world champions in an increasing number of weight classes). I don’t know how a person can live literally alone for 30 years. But I know this: Flash Gordon was an important boxing writer in the 20th century. He should be in the New York Boxing Hall of Fame (not that he would have wanted or attended induction, but, hey, he’s gone now, so it won’t offend him). –Eric Bottjer ——————————————————————————————————-
-Henry Hascup of the NJBHOF: I received this E-Mail from Don Majeski
Upon a visit to his former residence at 41-29 – 46th street, Sunnyside I saw that the door to

his apartment (2R – which still bore his name) was padlocked. The porter (Who was working on the floor at the time) informed me that the apartment was vacant and that no tenant was there. A neighbor then informed me that: “Mr Gordon had died and that there were no know relatives nor “heirs”. She said he had left a great deal of items in the apartment – which were finally removed. I did not get an opportunity to ask the superintendent as to the circumstances surrounding his death or the disposition of his properties. I will follow up. Malcolm (Flash) Gordon was the publisher and writer of a boxing journal named “Tonight’s Boxing Program and Weekly Newsletter,” which he published out of his apartment in Sunnyside, Queens, New York, from the late 1960s until the mid-1980s. Gordon could usually be found outside of Madison Square Garden on fight night, selling his program, which was highly regarded in the trade. Gordon resourcefully bought out-of-town papers for the results and news, maintained records, and covered the sport in a muckraking style, intent upon uncovering the corruption and other ills surrounding boxing. One of his most important stories was helping to uncover the Ring Magazine Scandal. Gordon quit publishing his newsletter during the mid-1980s. He has kept a low-profile since then.