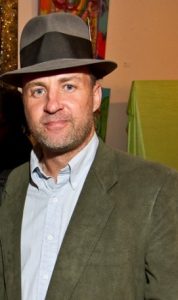 The heavyweight division is in a transition stage, following the retirement of longstanding kingpin Wladimir Klitschko.

Right now there are two big names, and only two big names in the flagship division of the sport – Anthony Joshua and Deontay Wilder. Joshua has proven his mettle and earned his credibility with the spectacular knockout win over Klitschko earlier this year. While Wilder has talked his way into prominence because he has yet to score a single impressive win over a respected contender or challenger. All of Wilder’s fights from day one have looked like choreographed set ups. And with Al Haymon involved, they probably have all been just that.

But that is the state of the heavyweight division right now. Klitschko decimated the entire division for over a decade and there’s nothing left except for Joshua.

Wilder was destroyed by Klitschko in sparring, decked by a mere jab, which provoked Klitschko to tell me Wilder “has a very good punch but he can’t take it at all.” But the public and most of the media don’t know that fact. Most of the media plays along with the designated narrative that Wilder is a knockout machine who is scaring his best challengers into using performance enhancing drugs to try to beat him. Which is another possible or probably fraudulent aspect of Wilder – and a convenient scheme to eliminate challengers Haymon does not want Wilder to face? Well, that’s a discussion for another time.

So Wilder keeps talking big and beating no names and non-factors in the division while Joshua takes care of his own business, next up being Carlos Takam who has replaced the injured Kubrat Pulev.

While Wilder talks about Joshua being afraid to face him, which is laughable or that Joshua could be on PEDs too, Joshua stays quiet and declines getting into a trash talk war of words with the Alabama clown.

Which is interesting and suggests that Joshua is content to let Wilder talk. Because Joshua does not have the big superfight option down the road to look forward to. It would seem that Joshua is happy to let Wilder build himself into that big jackpot opponent in two or three years. Oscar De La Hoya would call it “marinating” the Joshua vs Wilder superfight.

Because right now the heavyweight division is severely lacking name opponents and colorful characters who can generate buzz and hype. Joshua is a super talent and a huge attraction in England but outside of the UK he is still largely unknown.

That’s why Wilder is important. Joshua needs that high profile opponent to co-star in a major event in a couple of years. Ali needed his Fraziers and Foreman and Nortons to make his career extra special. One of the big holes in the careers of both Klitschkos is that both brothers did not have arch rivals to boost their popularity. Lennox Lewis could have been a big rival for Vitali but he retired  and avoided the rematch. David Haye was supposed to be Wladimir’s big rival but he fought only to survive and it stunk out their one fight. Haye never wanted a rematch. The Klitschkos were simply too good, so the media misportrayed their era as being abnormally weak rather than celebrating how extraordinarily special they were.

Joshua, like the Klitschkos and Larry Holmes, needs a big rival or rivals to make his career extra special and to achieve the highest level of superstardom. And right now, with Tyson Fury in limbo, it looks like Wilder is the only man capable of playing the role of Joshua’s antithesis.