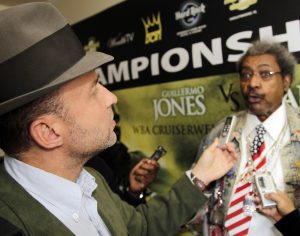 What is happening is this: The WBC is protecting Wilder via setting him to face more Al Haymon set up patsies. Breazeale is controlled by Haymon and Molina is controlled by Don King, but it looks highly likely that King is a shell promoter serving the Haymon and Wilder agenda. It would not be a surprise at all if King is earning a percentage of Wilder’s purses for his dubious role in this pathetic charade. Though this certain type of corruption is difficult to prove, it’s very possible this is the arrangement. Because we all know Wilder is being manufactured into a counterfeit franchise type fighter with extremely careful protection from Haymon who is desperate to build a money making star now that his PBC empire has crashed and failed to develop any money making stars. Molina has done nothing to deserve to be rewarded with a WBC eliminator payday except that he’s controlled by Haymon via King and Haymon needs an inventory of patsies to aid Wilder and block other more worthy contenders who could smash the Wilder gravy train.

This latest WBC Eliminator set up makes little sense because final eliminators are supposed to be matching contenders ranked 1 and 2 or the highest available contenders. Not contenders ranked 6 against 12.  Breazeale is ranked #6, Molina is #12. Andy Ruiz, ranked #4 is available for a fight but he is controlled by Top Rank. Al Haymon can’t afford to potentially risk Haymon against a Bob Arum/Top Rank heavyweight because Haymon is obviously powerless to manipulate Ruiz to throw the fight or take a dive.

Dillian Whyte is also higher ranked in the WBC than Breazeale and should be involved in this newly-announced WBC eliminator. Whyte should be the next mandatory challenger for Wilder after Stiverne, as he currently holds the WBC Silver title and two other silly WBC titles and is due to be ranked No. 1 after Saturday night after his recent win against Robert Helenius. But Haymon clearly does not want Wilder to fight Whyte. Why? Most likely because he can’t rig Whyte to tank or dive for Wilder. So now the WBC is conspiring to screw Whyte to protect Wilder for Haymon. Dillian Whyte and his promoter Eddie Hearn need to take legal action ASAP.

Are you starting to understand how Al Haymon and Deontay Wilder operate? By now you should be awakening to this conspiracy circus of absurdity.

And it’s reached the point that there needs to be an investigation – an independent investigation into this highly suspicious and potentially flagrantly corrupt activity involving Haymon, Wilder, King, and the WBC.

Author of six books including "Muhammad Ali: Portrait of a Champion" and "Heavyweight Armageddon: The Lewis versus Tyson Championship Battle" available at amazon
@scoopmalinowski
Previous Joshua’s Emergence is Killing Wilder
Next Stiverne Stars in Performance as Human Punching Bag