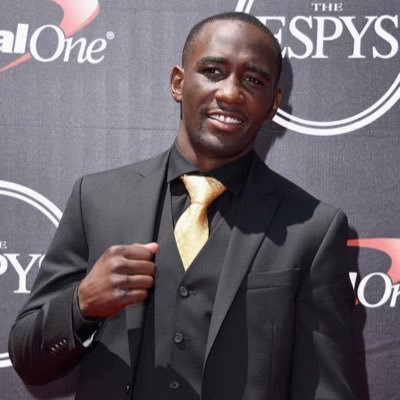 First Boxing Memory:  “My first fight, I knocked the guy out in 26 seconds. (What punch?) Right hook.”

First Famous Boxer You Met Or Encountered:  “Grover Wi(ley)… no, Grover wasn’t famous. I would say…it would have to be Sugar Shane Mosley or Sugar Ray Leonard. Yeah.”

Last Book Read:  “I’m reading a book right now actually but I forgot what it’s called [smiles]. (What is it about?) It’s about black history.”

Most Painful Moment:  “Actually not being where I want to be at in my career. I believe I should be farther than I am right now.”

Which Fight Did You Feel At Your Very Best:  “All of them.”

Strangest Fight:  “Actually, maybe my seventh pro fight. I was jabbing this guy and he kept pushing his head out – hitting his head against my fist. And I didn’t know what he was doing until my hand started hurting. (Who?) Some Mexican guy.”

Three Athletes You Like To Watch & Follow:  “I would have to say Damian Lillard. Steph Curry. And (Russell) Westbrook.”

Favorite Ice Cream Flavor:  “I don’t eat ice cream. But if I did it would be vanilla. I used to eat vanilla when I was younger.”

Why Do You Love Boxing:  “I like beating people up [smiles].”

People Qualities Most Admired:  “Just realness. I like people to be real.”