Heavyweight Scheme to Freeze Out Joshua?

Back in late 1992 Lennox Lewis declared himself the heavyweight force to be reckoned with, when he obliterated Razor Ruddock inside two rounds in London on Halloween night. The same Razor Ruddock who had given Mike Tyson hell for two fights.

As it turned out, Tyson, Riddick Bowe and Evander Holyfield all steered clear of Lennox from 1992-1999 when Holyfield finally stepped up and faced Lennox in two big fights, a draw and then a rematch points win by Lewis in Vegas.

But the scheme was apparent. The American boxing establishment froze out Lewis for seven years and left him on the outside looking in. Waiting for his big fight with the major marquee names Holyfield, Bowe, Tyson, Lewis had to fight challengers like second tier guys McCall, Akinwande, Rahman, Mavrovic, Botha, Golota, etc.

A similar scheme is in play today. The American boxing establishment only has one major figure to work with right now – Deontay Wilder. Wilder is still not a money maker and he’s still unknown even in America, despite a carefully manufactured 40-0 record. Joshua, of course, is a major name especially in Europe, where he is so popular that he fills soccer stadiums.

Joshua and his promoter Eddie Hearn have repeatedly tried to make a fight with Wilder, and continued to barrage the WBC champ with constant offers but the Wilder team either ignores the offers or shoots them down. Lennox Lewis himself even said Wilder should accept a 25-75% split based on AJ’s three belts and Wilder’s one. But Wilder’s team wont budge or even try to negotiate a showdown with Joshua next April.

It’s clear the Wilder team want to freeze out Joshua and NOT fight him. Instead opting to pick Tyson Fury as the next opponent. Fury and Wilder seem to be in some kind of business collaboration, to popularize each other while constantly discrediting and downgrading Joshua as just a bodybuilder, overrated, just a protected cash cow for Hearn, etc.

It’s as if Fury and Wilder have joined forces to try to break the monopoly Joshua presently has in the heavyweight division. And to blockade Joshua from entering and tapping into the American sports market jackpot.

There are lingering suspicions that the Fury vs Wilder fight on December 1 will be an inside job WWF staged show and the recent photo of Wilder and Fury hanging out together before their New York press conference, is highly suspicious. Yes, they are putting on some entertaining press conferences, most of the credit going to the colorful Fury – but to be seen sitting on a sofa together minutes before yelling at each other on the press conference stage stinks of pro wrestling theater.

Don King tried to do it in the 2000s by protecting his two beltholders Chris Byrd and John Ruiz from the Klitschkos. But eventually Wladimir finally got his hands on Byrd after Byrd ducked him for over a year and Ruiz lost the WBA belt to Roy Jones which eventually fell into Wladimir’s hands via David Haye.

So for all you ring observers who are hopeful that Wilder or Fury will fight Joshua next year, don’t hold your breath. And don’t count on it for a long time. Remember recent heavyweight history and that the heavyweight division has split into two sides and it can take many years before the big super fight we all want finally happens. 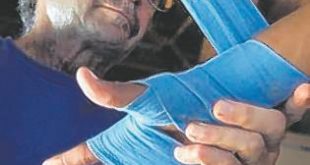 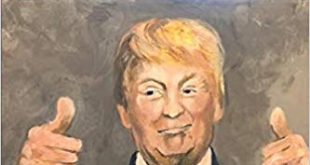