Prediction: No Wilder vs Fury Rematch

ringobserver January 3, 2019 Uncategorized Comments Off on Prediction: No Wilder vs Fury Rematch 1,154 Views

My sixth sense says Deontay Wilder and Tyson Fury won’t have the rematch of their December draw any time soon.

Fury’s trainer is dropping hints of no rematch and Wilder is talking with a hollow confidence that sounds like he knows his boss Al Haymon doesn’t want any rematch for the foreseeable future. Neither Wilder or Fury can afford to lose right now, and disqualify themselves from the Anthony Joshua Jackpot and the heavyweight market jackpot in the US which will freeze out Joshua.

Wilder sounds like he knows the secret plans. “The only way me and Breazeale fight is if Tyson Fury wants to be a coward and don’t want the second fight with me. If that happens, then, of course, we’ll fight Breazeale. But as long Fury is down for it, then you know I’m down for it and the Fury fight’s gonna be on. So for now, I’m looking forward to the rematch.”

Note the words “for now.”

Wilder and Haymon need a stall so they can let the Joshua storm pass. Joshua has been begging to unify with Wilder but Team Wilder is stonewalling, other than instructing Fury’s trainer to say that Wilder will demand 50-50 from Joshua which we all know is ridiculous as Wilder has one belt and draws minor league numbers while AJ has three belts and fills soccer stadiums.

Wilder can’t keep saying himself that he wants 50-50 because it’s too blatantly obvious that it’s a duck move so they have to instruct other boxing figures to speak the excuse for Wilder, for media manipulation purposes.  You know, the more one throws bullshit, the more of it will stick to the wall.

Wilder and Fury will go their separate ways for a while – until another inside job can be worked out to the benefit of both? – and they will continue their business alliance agenda which is to smear, discredit, diminish, and downgrade Joshua while puffing up each other as being better without having to fight Joshua, who is the clear cut kingpin.

It’s the Mayweather strategically ducking Pacquiao for six years blueprint all over again, just using a new catalog of excuses and duck moves.

What remains to be seen is how Fury reacts to being called a coward by Wilder. If he accepts that insult without adequate response, you can be reasonably sure he’s on the payroll.

The post Prediction: No Wilder vs Fury Rematch appeared first on Ring Observer.

Previous More Al Haymon Media Manipulation
Next Like I said, Fury vs Wilder II is not happening 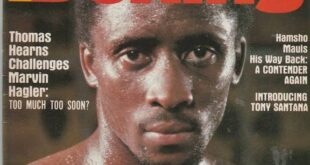 More Al Haymon Media Manipulation
Like I said, Fury vs Wilder II is not happening