Everything evolves, nothing is permanent. Things can change very quickly in the sport of boxing…

The man who earns the title of “greatest of all time” will never have to tell you about it nor will he want to. No, he won’t because anybody who is the greatest of all time at their job or craft or career, no matter what it is, would not have to declare it to the world or feel the need to remind you over and over and over like an annoying broken record.

The greatest of all time would be humble about his special God-given talents. He wouldn’t even fancy much if others made a big fuss about him. And he would never express insecurity or envy about other great champions and waste any energy to try to downgrade, discredit, diminish or denounce their skills, talents and achievements.

The greatest of all time would keep his mouth shut and let his actions do all his talking. Just let the chips fall where they may.

In times when lies too often betray truth and any imbecile can say anything, the currency of greatness is not words or talk, it’s behavior and actions.

The greatest of champions prefer to DO than to say. They don’t try to protect phony records or boast every day about money, or whine like cry babies about not doing business with cranky old men or criticizing the pay-per-view numbers of more than deserving challengers. They don’t stage fake retirements to avoid fighting against the best.

No, the greatest of all time would have the confidence and self-belief and the courage to fight anyone no matter how formidable or scary, because he possesses the bravery to overcome anything or anyone.

Even in the face of the most extreme danger and risk, the greatest of all time would stand his ground, dig in deep, tuck his chin, bite down and push forward. With a fighting style designed to excite the ticket buying public, try to give them a special thrill, some inspiration and an urge to come back and watch again.

And the greatest of all time would keep going. Going and going, Even despite his generosity to the poor and his obligations as a politician trying to make his struggling nation a better place. He would overcome his failures and defeats and rebuild his confidence and aura. He improves by learning from mistakes and refining his arsenal and tactics. Because he loves what he’s doing, to compete and create excitement and make millions of people happy. And he loves the people he’s doing it for.

Only one man in the history of the world has managed to win eight world titles in eight weight divisions and sustain his unique greatness still passed the age of 40. Eleven times world champion. Good luck trying to equal that record.

Every person reading this article knows the identity of the figure being discussed. You have seen him fight many times. You have seen his left-handed combinations of eight and ten punches, so blindingly rapid in their delivery that even certain opponents have said after that they could not even see the punches with their own eyes. You have seen him overcome far bigger and stronger men with his pugilistic brilliance, precision, power and relentless fury.

You may have read or heard this great man slandered by false accusations and racist taunts. But just realize this: You may know a genius by a simple creed: The dunces are all in confederacy against him.

The American media clouded the truth by always undermining this greatest of all time figure as a secondary inferior, behind the American fraud pretender who was controlled, protected and profited by the establishment. The media knows what it’s supposed to do and which narratives they need to push, and they never veered from saluting the fake news corporate chump who even once confessed to a room full of reporters that he is a coward. In American hierarchy, an American coward has more privilege and higher status than a fearless warrior from across the globe. Equality does not exist in America.

Even Mike Tyson denounced this American fraud as far from great, on the basis that he’s not accepted by the public and unable to perform the mundane routine of taking his kids to school. Angry at the arrogance and falseness of this American hype job who lacks honor, class and dignity, Tyson blasted him as falling far short of measuring up to the title of greatness, instead sneering with disdain that this impostor is “just a scared, little man.”

Can it be possible, that a gentle, humble, winking Filipino, with a twinkle in his eyes and a nice word for everyone, beloved and revered all over the globe, could actually be the greatest boxing marvel we ever saw?

“The empty pot makes the most noise.” – Ingemar Johansson

“A champion gets up when he can’t.” – Jack Dempsey

“Outward form deceives many. Rare is the mind that can discern what is carefully concealed within.” – Phaedrus

Tags GOAT Greatest of all time

Author of six books including "Muhammad Ali: Portrait of a Champion" and "Heavyweight Armageddon: The Lewis versus Tyson Championship Battle" available at amazon
@scoopmalinowski
Previous Like I said, Fury vs Wilder II is not happening
Next Mayweather Admits He’s Handpicking Patsies For Davis 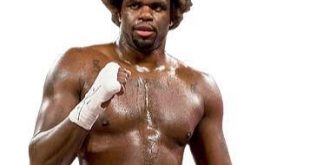 Like I said, Fury vs Wilder II is not happening
Mayweather Admits He’s Handpicking Patsies For Davis