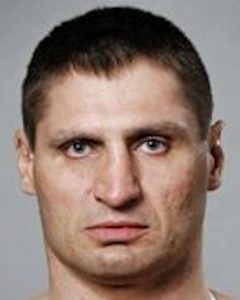 Childhood Hero: “Muhammad Ali. I saw him on TV – his fight with Foreman. Amazing knockout. But beside that both fighters looked like gigantic creatures fighting each other. From that moment boxing was amazing for me.

Childhood Dream: “Be somebody, you know? Be noticed. Champion of the world. Be great at something.”

Hobbies/Interests: “I like to travel. Discover things, land, vacations, nice places. Try new sports like kite surfing, have you ever tried that? (No). Oh my god, it’s something else. I play tennis – tennis is good. Very similar movements to boxing, good for footwork. I play basketball once or twice a week. Skiing. After the fight we’re going skiing in Austria.”

Musical Tastes: “Any kind of music, except jazz.”

Early Boxing Memory: “When I came to box at the gym when I was 13. I sparred with a guy who was 20. Big difference, he was a man, bigger, taller, stronger. I beat him up. I trained a few months before he did, so I knew some technique, some punches, how to throw them. That day gave me some great feelings, made me feel like a hero, like I did something.”

Favorite Breakfast Cereal: “Eggs – I believe that without the eggs, breakfast has no meaning. Gotta have eggs.”

Pre-Fight Feeling: “Scared [laughs]. No, think what I need to do to win. Do everything in my power to win the fight. (Look at opponent upon entering ring?) You have to break him – not by visual – you have to break him by your hands. Think about breaking him psychologically.”

Greatest Sports Moment: “Well, not yet. It hasn’t happened yet.”

Most Painful Moment: “Oh, the loss. Every loss. When you lose in boxing it’s the most painful. You lose mentally, physically, you are sore. All losses are the most painful thing.”

When Were You At Best: “I think the best fight I had was with (Samson) Pou’ha. It was supposed to be easy fight for me. Turned into a nightmare. I was taking a beating. Then I won, pretty amazing.”

Hardest Punchers: “They’re all heavyweights you have to remember.”

Toughest Opponent: “It may be ironically, but toughest opponent was Riddick Bowe. He took so much beating and he still want to fight. Didn’t give up. It was amazing. It amazed me, boxing, you know? (How good was Bowe?) Well, in the first fight he wasn’t ready. In the second one, he understood he wish he was never ready.”

Favorite Boxers To Watch: “Especially impress me the last two fights was Bernard Hopkins. Really slick fighter, very smart fighter. Fun to watch him. Hopkins surprised me against De La Hoya. He didn’t rush, he stayed in his gameplan. He was unbelievable, like a professor. He boxes like a professor. I like his way he fought. He stuck with his gameplan. It was easy, step by step. He threw his punches one at a time. He didn’t try to take big steps, just little steps. One step at a time.”

People Qualities Most Admired: “Just to be fair, be fair to each other. Be real, hate when somebody lies. And people that never give up…people that try to do something in life.” 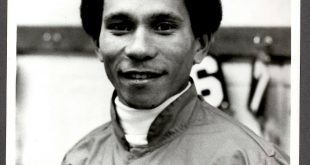