The boxing buzz is that Mike Tyson is supposed to fight Evander Holyfield next, in an exhibition fight that will generate $100 to $200 million. Tyson pal Zab Judah said last week the deal is signed, sealed and delivered.

But today James Toney has declared a contradictory schedule of events for the heavyweight division legend’s circuit or Mike Tyson boxing tour.

Toney posted a photo on Instagram of himself in action with Tyson, saying Tyson will be his next KO victim. Yesterday, Toney posted a new photo of himself announcing that he’s BACK. Toney appeared much more svelte than he did three months ago. The immediate observation was that he’s gotten himself into top shape. The only logical conclusion would be that Tyson has picked him to be his next high profile opponent.

Toney makes sense because he’s a living legend from the Tyson era and he’s a colorful character with extraordinary skills, which would make for an interesting contrast and challenge for Tyson.

A rumor floating is that Tyson wants two more fights before facing off with Holyfield. And because there are not many former heavyweights in their 50s who are in shape that Tyson can pick from, Toney makes sense. Andrew Golota and Buster Douglas are also solid choices, Golota is fit but Douglas is not.

Toney is not known as being a fake news fabricator. So it looks very possible and reasonable that Tyson vs Toney has the greenlight. 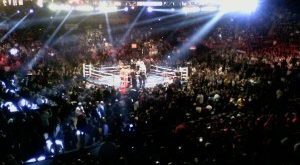 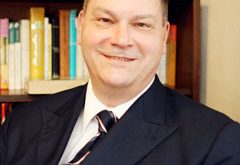