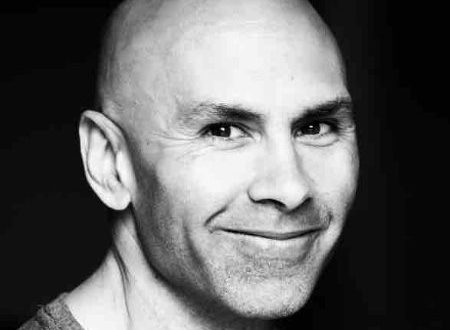 Status: Former Editor of Boxing News weekly magazine based in London, England from 1995-2009. Today is a strength and conditioning coach at Intelligent Strength in Chichester, West Sussex, UK.

First memory of boxing: Muhammad Ali defeating George Foreman in 1974. Too young to be allowed to stay up and watch. But I hid on the staircase and listened to the commentary from the television. Maybe that added to the intrigue.

First famous boxer you met or encountered: Chris Finnegan, the former world light-heavyweight title challenger. He lived fairly locally to me. Met him in a pub one evening. I was an amateur boxer. I bought him a drink. I remember him asking me, “Are you willing to lose your eyesight to succeed?”

Last book read: On boxing – Damage, by Tris Dixon. In general – The Choice, by Edith Eger; The Truth About Contagion, by Thomas Cowan MD; and The Oxygen Advantage, by Patrick McKeown. I read them concurrently.

Greatest moment of your career: It’s hard to pick one as there were many highlights, but not one that really stands head and shoulders above all the others. I don’t get very awestruck, but going to dinner in London one evening with Tommy Hearns, Marvin Hagler and Emanuel Steward was incredibly memorable. My first trip to Las Vegas (Feb. 1989) for Lloyd Honeyghan against Marlon Starling was unforgettable. Being ringside in Las Vegas for George Foreman’s heavyweight title win over Michael Moorer was an extraordinary moment in history.

Most painful moment of career: To witness any boxer suffer permanent injury or death is a trip into darkness. I was ringside when Michael Watson lost to Chris Eubank (1991) and Bradley Stone was beaten by Richie Wenton (1994). I’ve been at a few contests in the US where a boxer has been taken from the ring on a stretcher and died a few days later (Pedro Alcazar, 2002). One of my first duties as editor of Boxing News was to defend the sport after James Murray died following a loss to Drew Docherty in 1995. Every such occasion, without fail, made me question the sport and my place and part in it.

Favorite boxers to watch: Hitman Hearns for his intensity, the devastation of his punching, the excitement he brought and his sharp boxing style. Nicolino Locche, a defensive genius from Argentina who doesn’t get the props he deserves. Evander Holyfield, for how he never backed down, his fearless approach, mindset and work ethic. Salvador Sanchez, a boxer-puncher whose life was cut short but had every attribute required for eternal greatness. Roy Jones – tremendous speed and accuracy. Floyd Mayweather, Mike McCallum and James Toney, for how they made the difficult look so easy.

Funny memory at Boxing News: Wasn’t funny at the time, but is now. I went to Germany (Frankfurt) to cover Glenn Catley against Danilo Haussler for the European super-middleweight title (in March 2002). Upon my arrival, I got in a taxi and told the driver where I wanted to go. He gave me a puzzled look and then asked if I was serious. I was 500km from where I needed to be. My flight had me landing in West Germany when I needed to be in the east – there are two Frankfurts. This resulted in me taking an exhausting eight-hour train journey cross country where nearly every seat was occupied. I ended up sitting on the floor between carriages. Seriously uncomfortable. I made it!

Embarrassing memory at Boxing News: I won’t mention names, but I do recall one particular time when a correspondent paid a visit to the BN headquarters and launched into a tirade about the characteristics of certain national newspaper writers, but little did he realise that the son of one of these writers happened to be in the office doing work experience that day. A deathly silence came over the office.

Strangest fight or interview: Haven’t had any strange interviews beyond a few boxers – nearly always heavyweights – getting upset by my line of questioning. But have had several interviews in unusual circumstances, like sparring Naseem Hamed in 1995… going into training camp in the Catskills with Lennox Lewis in 1989… sitting on the floor of Azumah Nelson’s living room in Accra, Ghana in 1994. For fights, there was the Evander Holyfield-Henry Akinwande match, scheduled for Madison Square Garden, that saw the entire card scrapped on the day. Not great when you have half the magazine dedicated to coverage of the event. A few fights abroad I barely made on time, one being Nigel Benn against Mauro Galvano in Marino, Italy, where airline strikes, flight delays, torrential rain and navigational difficulties almost had me beaten. On the way home, racing against time to check in at the airport after I got lost in Rome trying to drop off my rental car, I discovered that my flight tickets had disappeared – paper in those days – and the authorities refused to let me fly. Without the funds to buy another ticket, I had to plead with police that the tickets had been stolen. Took me about twelve hours to get on another plane.

Favorite boxers to interview: Bernard Hopkins – never short of something to say. Emanuel Steward – could talk for hours and always had time for me. Ricky Hatton – good humour. Alex Ramos – a good soul. Mark Breland – a gentleman.

By Scoop Malinowski  Renaldo “Mister” Snipes was 25 years old and 22-0 when he challenged ...