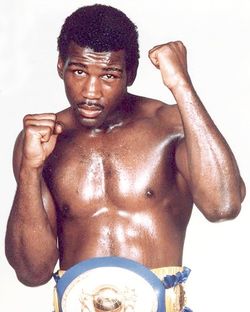 First Boxing Memory: “Well, I started boxing because I didn’t know who my relatives were. I was adopted. I was at an orphanage. And then eventually I came to fame and fortune and made it in life over hard times. It was that that I used to gain fame and fortune. And make it in life.”

(Note: Matt’s mother died when he was an baby and he and his elder brother were sent to live with an aunt. When he was five, his aunt could not afford to raise both of them and she instructed the brother to abandon Matt. The brother took him to the Ben Franklin Parkway in Philadelphia and then ran away. Eventually Matt was found and taken in by Catholic Social Services. The nuns gave him the name Matthew Franklin – after the  Saint and the parkway where he was found. Matthew lived in foster care until a couple from Philadelphia adopted him, raised him, and took care of and raised him.)

Early Boxing Memory: “My first pro fight, a four-rounder at The Spectrum (’74). Against Billy Early. He went out early that night. I knocked him out with a right hand in the second round.”

Favorite Movies: “I like Scarface. And Rocky and Raging Bull.”

First Job: “A butcher, like Rocky. I was cutting up chickens in south Philadelphia. Right where Rocky ran in the market (age 15).”

First Car: “1979 purple Cadillac Coupe de Ville. Given to me by my former manager Frank Gelb.”

Greatest Sports Moment: “It had to be when I won the Light Heavyweight title from Marvin Johnson (TKO 8) on April 22nd 1979 in Market Square Arena. Greatest moment in my life. When I lifted the belt over my shoulders. It was the amount of punches I had thrown over the seven rounds that made me dominant. This guy was holding on the ropes, he wouldn’t fall. But that was an inspiration to me too. To see this man just crumble down to the ground. To see me bleed in the corner. Then see me victorious in the end. I still had my attitude toward being polite. I never changed.”

Toughest Opponent: “It had to be Marvin Johnson. Both fights were devastating. Marvin was the toughest fight besides Braxton. Marvin Johnson was the one I have to give credit to. A lot of people don’t really believe me when I say Dwight Braxton beat me up because he caught me at the end of my career. I took a lot of punches. But it wasn’t in the cards for me to win. It was his time. It was his turn. Marvin was much better, much tougher during those times.”

Hardest Punchers: “Well, I took a lot of punches [laughs]. They all punched the same to me. You get hit by one, you get hit by all of them. Again, I go with Marvin Johnson. That guy, I gotta give him credit, man.”

Favorite Breakfast Cereal: “Cheerios. I love my Cheerios every morning!”

Favorite Ice Cream Flavor: “Has to be vanilla.”

Funny Boxing Memories: “Fought Richie Kates at The Spectrum. And I hit him in the last round, the sixth round, and he did one of those Groucho Marx dances. It was funny. And Yaqui Lopez, I think it was the second fight. I hit him with a right hand and he kinda did the indian dance. And I beat this guy Lotte Mwale from Zambia, Africa in San Diego, CA. I hit him with a hook and a right hand. The blood went one way and the mouthpiece went the other way. I hate to laugh about it but it was crazy how it went.”

When I Was At My Best: “Yaqui Lopez, first fight (’78). I took a lot of punches. I had to be at my best. I had to be physically fit in order to be able to say I won. That guy hit me with some shots. At that time, nobody really knew if I was going to be able to make it. So I have to say that and the second Marvin Johnson fight was a really rough fight for me. I give him a lot of credit. And he gave me a lot of credit too. I haven’t seen him in a long time. Not since Mike Tyson was up in the jail in Indianapolis. I went to see Marvin Johnson at his house. I knocked on his door and he was shocked. We just talked old boxing. I stayed for a couple of hours. It was nice.”

Worst Injury: “Was when I suffered a cut over my left eye (from) Marvin Johnson, first fight.”

How I’d Like To Be Remembered: “As a gentleman. Just as a stand-up gentleman. Nice personality. Love to meet and greet people.”

Matthew Saad Muhammad vs Yaqui Lopez 1980 Fight of the Year 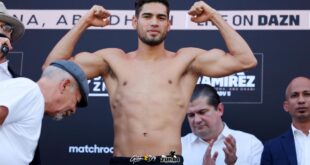 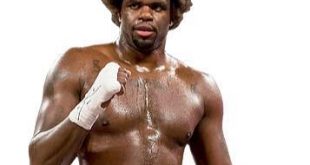 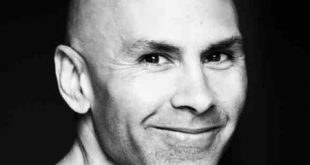 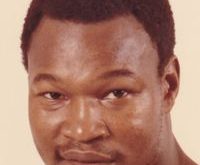